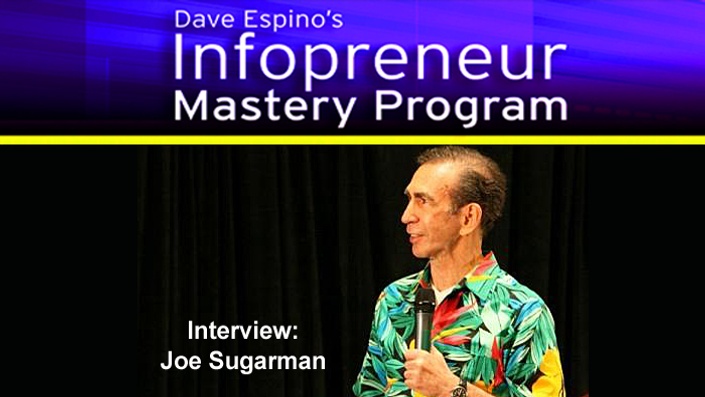 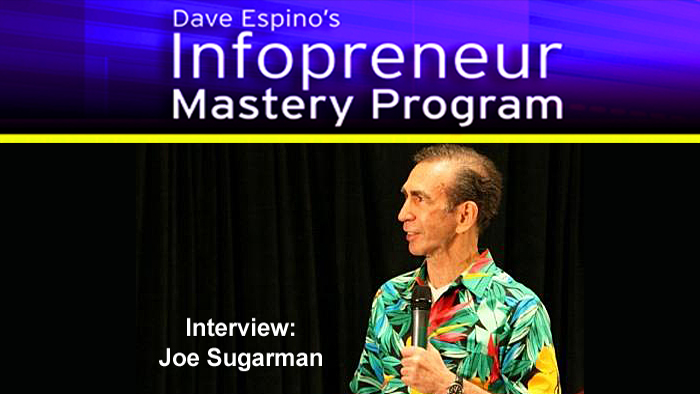 In this Infopreneur Interview, I had the privilege of interviewing direct marketing legend, Joe Sugarman, the person behind hundreds of successful direct marketing advertising campaigns and one of the most successful Infomercials in history, BluBlocker Sunglasses.

Joseph Sugarman is Chairman of JS&A Group, Inc. and BluBlocker Corporation, among others.

His company, JS&A Group, Inc., introduced dozens of new innovations and concepts in electronics during the '70s including the pocket calculator, the digital watch, cordless telephones, computers and a variety of other items.
Each product was introduced through full-page ads in major publications, which became the recognized signature of his creative work. He wrote then and still writes all of his own advertising copy for both print and TV.
In 1973, Sugarman's company was the first in the United States to use the 800 Number to take credit card orders over the phone – something direct marketers had never done before.
In 1986, JS&A changed its marketing focus and started selling his line of BluBlocker® sunglasses, which were sold in direct mailings, mail order ads, catalogs and on TV, through infomercials, TV spots and QVC, selling over 20 million pairs over the past 27 years.
Sugarman has also completed three marketing books, based on what he taught at his exclusive seminars: “Advertising Secrets of the Written Word", “Marketing Secrets of a Mail Order Maverick" and “Television Secrets for Marketing Success".
This interview is playable on any device, so you can listen to it on the go.

You can also download this interview to your device for listening on a plane or anywhere you wish.

Dave's mission is simple: to make a difference in your life by helping you succeed in your own home based business.

Dave started with a goal of helping hundreds of thousands of people start their own business - and he achieved that goal in 2006, as the sales of his internet / ecommerce products soared past the 300,000 unit mark and many hundreds of six-figure income student success stories started pouring in.

You'll enjoy Dave's lively and encouraging teaching style, which gets right to the point and walks you, step-by-step through his strategies. His many 5 star course reviews and student satisfaction ratings reflect this.

Dave Espino has been marketing online since 1999, when he wrote his first ebook and built a direct-response website to market it.

Having owned over 30 websites, and marketed across just about every platform, (online, offline, TV, etc.) Dave is the best person to teach you how to succeed with marketing - online marketing, copywriting and other legitimate ways to make money from home.

A proud member of Udemy's Instructor Council, (with 26 Udemy courses published to date) Dave has been teaching marketing via live seminars and webinars since 2000, and then through digital products and training courses since 2001. (many of which are now updated and available right here, on Udemy!)

Dave has been seen by millions across America on his TV show, which has been seen on CNBC, Fox Business, Discovery Channel, History Channel, Travel Channel and most other major cable networks.

With over $140 million of his information products sold via TV and Online, Dave Espino is a marketing expert, speaker and author who can help you reach your business and marketing goals.

Joe Sugarman Interview
Available in days
days after you enroll

When does the course start and finish?
The course starts now and never ends! It is a completely self-paced online course - you decide when you start and when you finish.
How long do I have access to the course?
How does lifetime access sound? After enrolling, you have unlimited access to this course for as long as you like - across any and all devices you own.
What if I am unhappy with the course?
We would never want you to be unhappy! If you are unsatisfied with your purchase, contact us in the first 30 days and we will give you a full refund.
off original price!